He stood in the open doorway of her bedroom, watching as she assessed her image one last time. When did his little girl grow up? When did the bald, toothless screecher with the cutest little nose the world has ever seen turn into this beautiful young woman? It all happened so fast... Way too fast.

She lifted her vision to meet with his reflection. Her smile was pasted on. Confidence had left her yet again. "It's a beautiful dress, Daddy... Thank you." Her grin, no matter how feeble it was, dazzled him and he had to blink back the emotion it stirred within his proud heart. She loved him, and he was so very grateful for that.

Daring to step into the room, he cleared his throat. "That shade of pink really suits you, pumpkin. It makes your eyes stand out."

Looking at her eyes in the mirror, she found no delight. "I like having her eyes..." She rarely said, "Mum" or "Mummy" as though the word would cut like a knife if she were to use it. "It makes me feel as though she's with me."

Stepping behind her, he placed one hand on either of her shoulders. She smiled then. He tried not to cry.

"Thank you," she mouthed, placing a hand on one of his.

"I'm very grateful for the dress, Dad," she said on turning to face him, "but..." she stumbled, straining not to cry. "Thank you for not giving up on me; for not rejecting me after what happened."

Barely able to keep the pain out of his voice, and with emotion setting thickly and sharply in the back of his throat, he held his daughter to himself, and breathed, "I love you."

She clung to him as though her life depended upon it - and, he supposed, in a way, it probably did. She had never been able to forgive herself for that night. But it had been an accident. The rain was heavy, the night dark. She'd only looked away from the road for a brief moment when the truck struck them out of nowhere. She hated herself ever since, cursing herself for insisting she drive that night, when her mother had pleaded with her not to. But someone had to drive and mother was not well, for the baby - their unexpected bundle of joy - was soon to be born, and mother's blood pressure was high. It had seemed right to his daughter for her to drive. She had no idea two lives would end that night...

"Daddy, I'm afraid..." She trembled in his embrace. He couldn't see her tears, but he could feel them as they tumbled from her heart to his.

Holding her as he was, and taking a few moments to exhale a very slow and thick breath, he blinked away a few more tears and caught sight of the shoes they had specially made for his princess, so the limp she now walked with was not so obvious - for her sake, not for anyone else's, so she wouldn't feel so embarrassed by the stares so many threw her way; stares, and scars, born of that horrific night.

Pulling back just a notch, he looked into the eyes that really were so much like that of his late wife, pressing his jaw tight as a fresh bout of grief punched him in the gut. With the back of his fingers, he ever so lightly traced the scar that could not be hidden beneath the thick layer of foundation she had insisted on wearing, that ran from beneath the corner of her left eye, to the middle of her cheek, then back towards her left ear. "She would be so proud of you, pumpkin. The way you fought back. The way you learned to walk again... You go to this party, hold your head up high and do her proud. She'd want you to."

She blinked, and a tear reached for the same scar. "Daddy, what if they reject me?" It was the first time in many months where she'd dared to attend another party. For the sake of the life she was yet to have she had to go, he knew that; she knew that. But fear wrestled with her...

What he'd give to be able to release his little girl from that.

He didn't say what he always said, that she had nothing to fear, for experience had taught them both that there would always be someone to judge her by her looks, and, as it was with her scars, always something there to remind them of their loss. Rather, he smiled and vowed, "Then I'll be here when you get home. No matter where you go, no matter what you have to face in this world, I will be here for you... With all I am," he said, emotion tripping his breath, "I love you... and nothing will change that. Honey, you know you can rest in my love, and the love of your friends and family, or you can lose peace in the judgement of opinions based on hearts that don't know you. Choose wisely, honey."

"I will," she sniffed, hugging him tightly, her scarred face pressing hard against his chest. "Oh, Daddy, why did you forgive me so easily?"

The question threw him. Looking into her eyes, he explained, "Because you are my heart. You are my child. You were wanted and loved right from the very moment of conception - before, even. Nothing is ever going to change that. Nothing..." 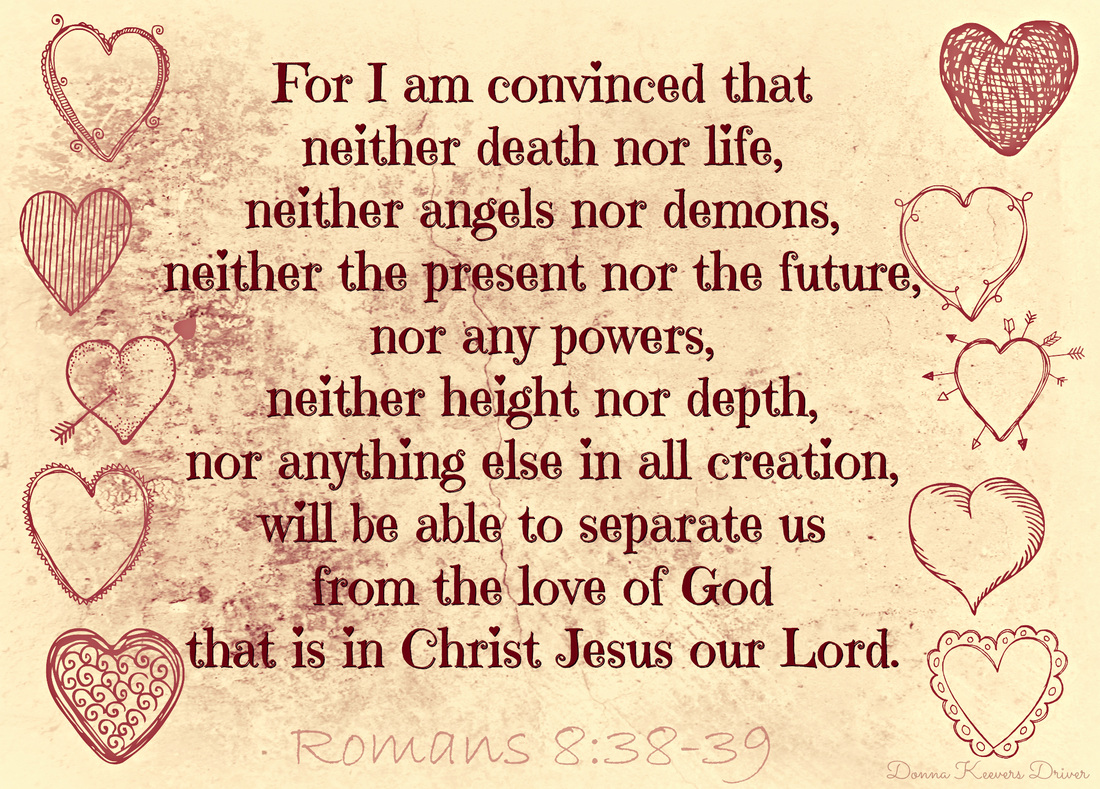